Each week we update you on what new films are hitting cinemas around town with trailers and ratings so you can impress your friends with all the movie trivia you know 😉 What’s in store for movie lovers this week?? The clown returns, now deadlier than ever in It Chapter 2, Rex, one of the Queen’s most beloved corgis, escapes from the palace and immediately finds himself lost in the animation movie The Queen’s Corgi, a young girl with horrible secrets in Scary Stories to Tell in the Dark, and an explosive chain of events that will ignite an international firestorm in Official Secrets.

The plot: Twenty-seven years after the Losers Club defeated Pennywise, he has returned to terrorize the town of Derry once more. Now adults, the Losers have long since gone their separate ways. However, kids are disappearing again, so Mike, the only one of the group to remain in their hometown, calls the others home. Damaged by the experiences of their past, they must each conquer their deepest fears to destroy Pennywise once and for all… Putting them directly in the path of the clown that has become deadlier than ever.

The plot: Rex, one of the Queen’s most beloved corgis, escapes from the palace and immediately finds himself lost, with only a group of scrappy dogs to rely on. Forced to find his way back to his favorite Monarch, Rex begins an epic journey that will help him discover who he truly is.

The plot: It’s l968 in America. Change is blowing in the wind… but seemingly far removed from the unrest in the cities is the small town of Mill Valley where for generations, the shadow of the Bellows family has loomed large. It is in their mansion on the edge of town that Sarah, a young girl with horrible secrets, turned her tortured life into a series of scary stories, written in a book that has transcended time stories that have a way of becoming all too real for a group of teenagers who discover Sarah’s terrifying home. 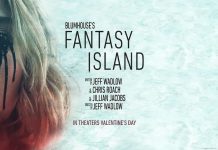 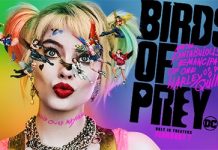 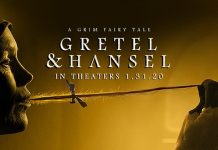