One of the most beloved rivalries in history is reignited in Tom and Jerry: The Movie, a multibillion-dollar fraud operation in Body Brokers, and In order to stop his bad dreams, a young boy steals a dream catcher from a mysterious neighbor forcing his family to rescue him from a dangerous entity in Dream Katcher.

Tom and Jerry: The Movie

Rotten Tomatoes Score: Rating UnavailableThe plot: Jerry moves into New York City’s finest hotel on the eve of “the wedding of the century,” forcing the event’s desperate planner to hire Tom to get rid of him. The ensuing cat and mouse battle threatens to destroy her career, the wedding and possibly the hotel itself. But soon, an even bigger problem arises: a diabolically ambitious staffer conspiring against all three of them. An eye-popping blend of classic animation and live-action, Tom and Jerry’s new big-screen adventure stakes new ground for the iconic characters and forces them to do the unthinkable… work together to save the day.

The plot: Utah and Opal are junkies living on the streets of rural Ohio until a seemingly chance encounter with the enigmatic Wood (Michael Kenneth Williams) brings them to Los Angeles for treatment.

While Utah finds sobriety with the help of the treatment center shrink (Melissa Leo), he soon learns that rehab is not about helping people—it’s merely a cover scheme for a multibillion-dollar fraud operation, enlisting addicts to recruit other addicts. Seduced by the money, but troubled by the hypocrisy, Utah must decide between what will make him rich, and what will save Opal.

The plot: In order to stop his bad dreams, a young boy steals a dreamcatcher from a mysterious neighbor forcing his family to rescue him from a nightmarish entity. 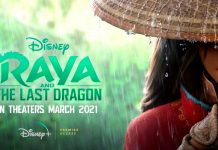 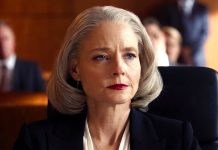 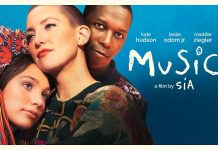