Each week we update you on what new films are hitting cinemas around town with trailers and ratings so you can impress your friends with all the movie trivia you know 😉 What’s in store for movie lovers this week?? The true story of Vietnam War hero William H. in The Last Full Measure, Sepp battles the impossible accompanied by his pack of sled dogs in The Great Alaskan Race, German boy Jojo serves in Hitler’s army in Jojo Rabbit, and the beloved classic novel Little Women.

The plot: The Last Full Measure tells the true story of Vietnam War hero William H. Pitsenbarger (Jeremy Irvine), who personally saved over sixty men. During a rescue mission on April 11, 1966, he was offered the chance to escape on the last helicopter out of a combat zone heavily under fire, but he stayed behind to save more soldiers, little did he know that his decision will be fatal. Thirty-two years later, Pentagon staffer Scott Huffman, seeks out the testimony of Army veterans who witnessed Pitsenbarger’s extraordinary valor, in order to request a Medal of Honor for Pitsenbarger, but amid this journey, he uncovers a high-level conspiracy inside the Pentagon.

The plot: After overcoming personal tragedy, widowed father and champion musher Leonhard ‘Sepp’ Seppala steps in the midst of a diphtheria outbreak in his small dock town of Nome, Alaska to safely deliver the anti-toxin to the hospital. With his own child’s life on the line, Sepp battles the impossible, accompanied by his trusty pack of sled dogs. When a severe winter storm has made it an impossible journey for planes, trains, or any form of transportation, Sepp and his dogs are able to get the anti-toxin to the children in need, just in the nick of time.

The plot: Taking place during World War II, as the German boy Jojo, who serves in Hitler’s army, discovers that his mother is hiding a Jewish girl in their home, and Jojo seeks to hide the matter from his leader.

The plot: A new adaptation of Louisa May Alcott’s classic novel, about the lives of four sisters of the March family who in spite of being very different from each other, they support one another in the aftermath of the Civil War. 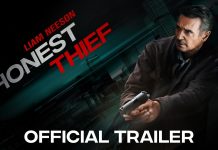 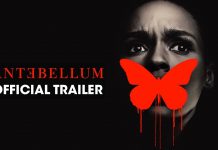 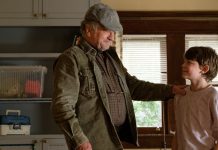