A smokejumper and a traumatized boy fight for their lives through a raging fire in Those Who Want Me Dead, the world’s most lethal odd couple in Hitman’s Wife’s Bodyguard, disturbing events unfold and lead to a terrifying end in The Unholy, an unlikely friendship grows between a boy and a disguised sea monster in Luca and a ferocious occupier threatens to subjugate muslims and destroy the Kaaba in The Journey.

Those Who Wish Me Dead

The plot: Hannah, a smoke jumper still reeling from the loss of three lives she failed to save from a fire, comes across a traumatized 12-year-old boy with nowhere else to turn, while two relentless assassins pursue them in the Montana wilderness.

The trio gets in over their heads in a global plot and soon find that they are all that stands between Europe and a vengeful and powerful madman (Antonio Banderas). Joining in the fun and deadly mayhem is Morgan Freeman.

The plot: Alice, a young hearing-impaired girl who, after a supposed visitation from the Virgin Mary, is inexplicably able to hear, speak and heal the sick. As word spreads and people from near and far flock to witness her miracles, a disgraced journalist (Jeffrey Dean Morgan) investigates hoping to revive his career.

Terrifying events begin to happen and he starts to question if these phenomena are the works of the Virgin Mary or something much more sinister.

The plot: In a beautiful seaside town on the Italian Riviera, one young boy experiences an unforgettable summer filled with gelato, pasta and endless scooter rides with his newfound best friend, but all the fun is threatened by a deeply-held secret: they are sea monsters from another world just below the water’s surface.

The plot: Set in the holiest of Muslim cities, as the ferocious occupier threatens to subjugate its people and destroy the Kaaba, the sacred sanctuary for Muslims, the people of Mecca get armed with weapons and build a tiny army in the hope of achieving a miracle and confronting a formidable army of enemies.
Find out monthly updates of the newest TV shows 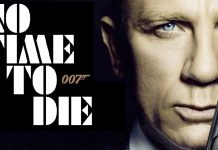 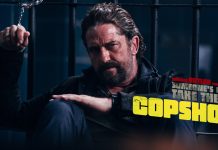