Danger, deception and murder descend upon a sleepy town in The Virtuoso, Norman Nordstrom lives in quiet solace until his past sins catch up to him in Don’t Breathe 2, just as Tessa makes the biggest decision of her life everything changes in After We Fell, a psychiatrist finds his life in turmoil following the sudden suicide of his patient in Every Breath You Take, a gritty and intense crime-thriller in Midnight in Switchgrass and the Addams get tangled up in a wacky adventure and hilarious run-ins with unsuspecting characters in The Addams Family 2.

The plot: A professional assassin (Anson Mount) accepts a new assignment from his enigmatic boss (Anthony Hopkins). Given a cryptic clue, the place and the time, he must identify his mysterious mark among several possible targets.

Meanwhile, a chance encounter with an alluring woman (Abbie Cornish) at the town’s rustic diner threatens to derail his mission in this noir-style cloak-and-dagger thriller.

The plot: Blind veteran Norman Nordstrom has been hiding out for several years in an isolated cabin with a young girl. When a group of unseemly criminals kidnaps her, he’s forced to tap into even darker and more creative instincts in an effort to save her.

The plot: Tessa starts an exciting new chapter of her life but as she prepares to move to Seattle for her dream job, Hardin’s jealousy and unpredictable behavior reach a fever pitch and threaten to end their intense relationship.

Their situation grows more complicated when Tessa’s father returns and shocking revelations about Hardin’s family come to light. Ultimately, Tessa and Hardin must decide if their love is worth fighting for or if it’s time to go their separate ways.

Every Breath You Take

The plot: A searing psychological thriller about a psychiatrist (Casey Affleck), whose career is thrown into jeopardy when his patient takes her own life. When he invites his patient’s surviving brother (Sam Claflin) into his home to meet his wife (Michelle Monaghan) and daughter, his family life is suddenly torn apart.

The plot: While in Florida on another case, FBI agents Helter (Bruce Willis) and Lombardo (Megan Fox) cross paths with state cop Crawford (Hirsch), who’s investigating a string of female murders that appear to be related.

Lombardo and Crawford team up for an undercover sting, but it goes horribly wrong, plunging Lombardo into grave danger and pitting Crawford against a serial killer in a twisted game of cat and mouse.

The plot: Morticia and Gomez are distraught that their children are growing up, skipping family dinners, and totally consumed with “scream time.” To reclaim their bond they decide to cram Wednesday, Pugsley, Uncle Fester and the crew into their haunted camper and hit the road for one last miserable family vacation.

Their adventure across America takes them out of their element and into hilarious run-ins with their iconic cousin, IT, as well as many new kooky characters. What could possibly go wrong? 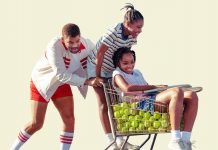 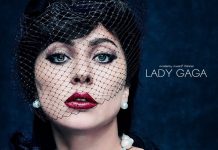 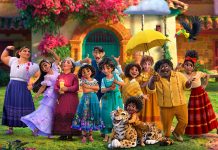