The inspiring story of a BMX champion who overcame an abusive childhood through the love and life lessons of his foster family in The Ride, on the run from a lethal assassin in Copshop, from a child singing in her father’s church choir to her international superstardom in Respect, redemption is the long game in Paul Schrader’s The Card Counter and US soldier Marshall Bennett returns home after being wounded in Afghanistan, only to find that he has another war to fight in Bennet’s War.

The plot: After a violent, racially charged incident lands John in juvenile detention, he is finally placed with an unlikely set of foster parents, Eldridge and Marianna, an interracial couple.

Eldridge makes it his mission to overcome the challenges of John’s white supremacist upbringing, slowly beginning to forge a relationship through his foster son’s fascination with extreme sports and BMX biking. Rooted by this newfound passion, the family builds a bond of mutual respect, love and redemption.

The plot: A wily con artist devises a scheme to hide out inside a small-town police station. However, when a hitman turns up at the precinct, an unsuspecting rookie cop finds herself caught in the crosshairs.

The plot: Following the rise of Aretha Franklin’s career comes the remarkable true story of the music icon’s journey to find her voice.

The plot: A gambler and former serviceman sets out to reform a young man seeking revenge on a mutual enemy from their past. Tell just wants to play cards. His spartan existence on the casino trail is shattered when he is approached by Cirk, a vulnerable and angry young man seeking help to execute his plan for revenge on a military colonel.

Tell takes Cirk with him on the road, going from casino to casino until they set their sights on winning the World Series of poker in Las Vegas. But keeping Cirk on the straight-and-narrow proves impossible, dragging Tell back into the darkness of his past.

The plot: Soldier Marshall Bennett returns back home after sustaining injuries from an improvised explosive device overseas. When he learns his father is behind on his mortgage payments of the family farm, Marshall turns to competitive motocross racing to save the family farm. 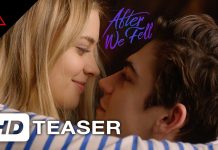