Street-smart thief Nathan Drake (Tom Holland) is recruited by seasoned treasure hunter Victor “Sully” Sullivan (Mark Wahlberg) to recover a fortune lost 500 years ago in Uncharted, while on vacation on the Nile, Hercule Poirot must investigate the murder of a young heiress in Death On The Nile, and music superstars Kat Valdez and Bastian are getting married before a global audience of fans but Kat finds out that Bastian has been unfaithful and decides to marry Charlie, a stranger in the crowd in Marry Me.

The plot: What starts as a heist job for the duo becomes a globe-trotting, white-knuckle race to reach the prize before the ruthless Moncada (Antonio Banderas), who believes he and his family are the rightful heirs.

If Nate and Sully can decipher the clues and solve one of the world’s oldest mysteries, they stand to find $5 billion in treasure and perhaps even Nate’s long-lost brother…but only if they can learn to work together.

Death On The Nile

The plot: Belgian sleuth Hercule Poirot’s Egyptian vacation aboard a glamorous river steamer turns into a terrifying search for a murderer when a picture-perfect couple’s idyllic honeymoon is tragically cut short.

Set against an epic landscape of sweeping desert vistas and the majestic Giza pyramids, this tale of unbridled passion and incapacitating jealousy features a cosmopolitan group of impeccably dressed travelers, and enough wicked twists and turns to leave audiences guessing until the final, shocking denouement.

The plot: Kat Valdez (Jennifer Lopez) is half of the sexiest celebrity power couple on Earth with hot new music supernova Bastian (Maluma). As Kat and Bastian’s inescapable hit single, “Marry Me,” climbs the charts, they are about to be wed before an audience of their fans in a ceremony that will be streamed across multiple platforms.

Divorced high-school math teacher Charlie Gilbert (Owen Wilson) has been dragged to the concert by his daughter Lou. When Kat learns, seconds before the ceremony, that Bastian has cheated on her with her assistant, her life turns left as she has a meltdown on stage, questioning love, truth and loyalty.

As her gossamer world falls away, she locks eyes with a stranger–a face in the crowd. If what you know lets you down, then perhaps what you don’t know is the answer, and so, in a moment of inspired insanity, Kat chooses to marry Charlie.

What begins as an impulsive reaction evolves into an unexpected romance. But as forces conspire to separate them, the universal question arises: Can two people from such different worlds bridge the gulf between them and build a place where they both belong? 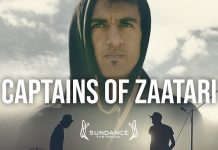 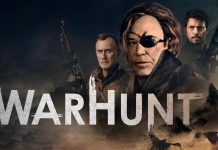