A woman embarks on a journey through the American West after losing everything in the recession in Nomadland, the witnesses to a fatal assault are targeted by someone or something after they do not help the victim in Don’t Look Back, the epic battle between the two mightiest monsters on the planet in Godzilla Vs. Kong, a medical experiment on prisoners goes horribly wrong on a remote island in Patients of A Saint and two friends embark on a wild adventure as the orb turns out to contain an ant princess that they must protect in Maya The Bee 3: The Golden Orb.

The plot: After losing everything in the Great Recession, a woman embarks on a journey through the American West, living as a van-dwelling modern-day nomad.

The plot: When a young woman overcoming her traumatic past is among several witnesses who see a man fatally assaulted and don’t intervene, they find themselves targeted by someone, or something, out for revenge.

The plot: Legends collide in “Godzilla vs. Kong” as these mythic adversaries meet in a spectacular battle for the ages, with the fate of the world hanging in the balance. Kong and his protectors undertake a perilous journey to find his true home, and with them is Jia, a young orphaned girl with whom he has formed a unique and powerful bond.

But they unexpectedly find themselves in the path of an enraged Godzilla, cutting a swath of destruction across the globe. The epic clash between the two titans–instigated by unseen forces–is only the beginning of the mystery that lies deep within the core of the Earth.

Patients of A Saint

The plot: A medical experiment goes out of control at a maximum-security prison that houses the world’s worst criminal, turning the island into a terrifying nightmare and a disease-riddled maze for the desperate survivors.

Maya The Bee 3: The Golden Orb

The plot: When a bored Maya and Willy bust out of winter lockdown early, they are catapulted headfirst into a top-secret mission! Entrusted with the care of a sacred “seed”, Maya and Willy team up with their old pal’s Arnie and Barney to deliver the seed to its new home atop the mysterious Bonsai Mountain.

But when their “seed” hatches, Maya and Willy come face to face with their biggest responsibility yet – a squishy little princess called Smoosh! This adventure is a LOT more than they bargained for as they take on bounty hunters, thugs and ruthless enemies, to return the lost princess to her mountain colony, only to find it hanging in the balance of a turf war and remorseless predators.Willy discovers a side of himself that he never expected, as he becomes protective of the tiny princess, but to save her, and her colony, Maya must learn that trust is not just a word, it has to be earned. 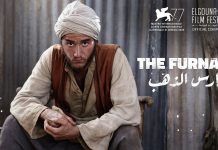 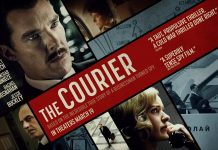