Dom’s younger brother to take revenge on Dom and his team in Fast and Furious 9, Cole has to unlock his arcana in time to save his family and stop Outworld in Mortal Kombat, the lovable rogue is back in Peter Rabbit 2, Camille and six other girls accidentally conjure the ghost of a former dead student in Seance, Walter and his neglected wife lure a young stranger into their Victorian home to help him escape from a hurricane in Grand Isle and Tanjiro and Nezuko join one of the most powerful swordsmen to face the demon aboard the Mugen Train in Demon Slayer.

The plot: Vin Diesel’s Dom Toretto is leading a quiet life with Letty and his son, little Brian. A world-shattering plot led by the most skilled assassin and high-performance driver forces Dom to join his crew to stop a man who also happens to be Dom’s forsaken brother, Jakob (John Cena).

The plot: MMA fighter Cole Young, accustomed to taking a beating for money, is unaware of why the Outworld’s Emperor has sent his best warrior, Sub-Zero, to hunt Cole down. Fearing for his family’s safety, Cole goes in search of Sonya Blade at the direction of Jax, a Special Forces Major who bears the same strange dragon marking Cole was born with.

Cole trains with experienced warriors Liu Kang, Kung Lao and rogue mercenary Kano, as he prepares to stand with Earth’s greatest champions against the enemies of Outworld in a high-stakes battle for the universe.

The plot: Bea, Thomas, and the rabbits have created a makeshift family, but despite his best efforts, Peter can’t seem to shake his mischievous reputation. Adventuring out of the garden, Peter finds himself in a world where his mischief is appreciated, but when his family risks everything to come looking for him, Peter must figure out what kind of bunny he wants to be.

The plot: Camille Meadows is the new girl at the prestigious Edelvine Academy for Girls. Soon after her arrival, six girls invite her to join them in a late-night ritual, calling forth the spirit of a dead former student who reportedly haunts their halls. But before morning, one of the girls is dead.

The plot: When a young father, Walter, is invited to take shelter in the Victorian home of a mysterious couple to escape a sweeping hurricane, his life takes a frightening turn when he is accused of murder, leaving him scrambling to prove his innocence as he recalls his twisted night with them.

The plot: Tanjiro, Nezuko, Zenitsu and Inosuke have completed their rehabilitation training at the Butterfly Mansion, and they arrive to their next mission on the Mugen Train, where over 40 people have disappeared in a very short period of time.

The group joins one of the most powerful swordsmen within the Demon Slayer Corps, Flame Hashira Kyojuro Rengoku, to face the demon aboard the Mugen Train on track to despair. 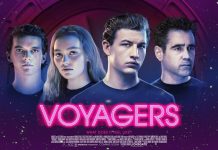 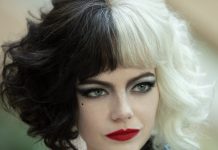